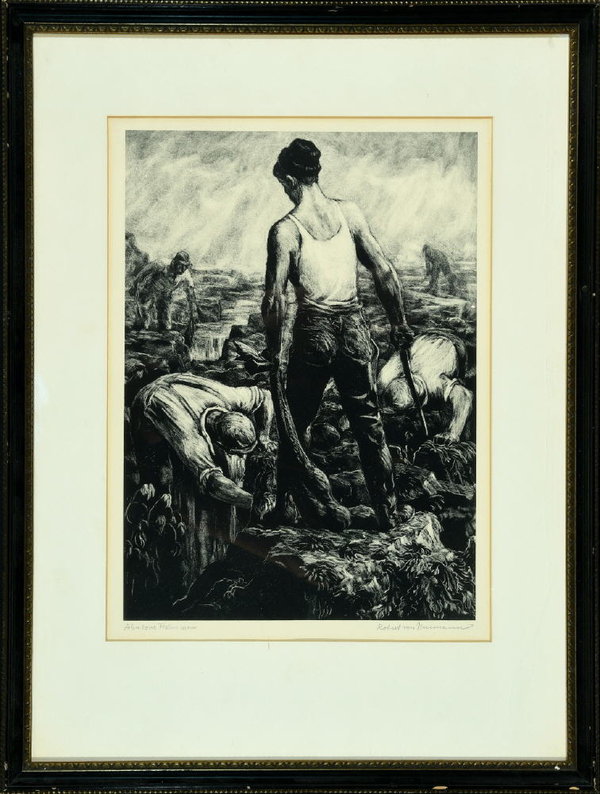 
Robert was born in Germany in 1888 and came to Milwaukee in 1926 where he immediately gained employment with the Milwaukee Journal and Perry-Gugler Engraving Corp. He taught at Layton School of Art, the Chicago Art Institute, Ox-Bow Summer School of Painting, and UW Milwaukee where his skills and example served to produce countless students who revered him, and who carried with them into the world some of his philosophy and work ethic. He was one who believed that the best art was a direct product of the artist’s hands, an art that included the human figure and one which imparted a message. There is no doubt he was a true “American Scene” painter though the persons he depicted could have resided in almost any country on Earth. His many energetic paintings and masterful prints are usually images of rural scenes showing solid hard working people engaged in their daily tasks. His execution and brush technique were bold, the paintings thoughtfully planned and colored, and to our eyes today representative of a fading time and physical place. Robert’s art was part of the Regionalist movement of the twentieth century with his personal imagery being populated by the hard working common folk with whom he identified.